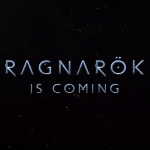 You are reading
God of War: Ragnarok Delayed Until 2022

Sony Santa Monica took to Twitter today to release the news of a delay in the form of an image. This image details the studio also thanking fans for the overwhelming support of the teaser trailer, revealed at the end of the PlayStation Showcase in September last year. God of War: Ragnarok is to be released next year, with no specific launch window given. However, Sony Santa Monica has assured fans they have exciting things to show later this year. This is not the only bit of news to drop today though. Herman Hulst, head of PlayStation Studios released a blog post containing a short Q&A. In this blog post, God of War: Ragnarok, and Gran Turismo 7, were revealed to be cross-generational games as well.

You can’t build a community of over 110 million PS4 owners and then just walk away from it, right? I think that’d be bad news for fans of PS4, and frankly not very good business.

Where it makes sense to develop a title for both PS4 and PS5 — for Horizon Forbidden West, the next God of War, GT7 — we’ll continue looking at that. And if PS4 owners want to play that game, then they can. If they want to go on and play the PS5 version, that game will be there for them.

That being said, it’s also very important to have showpieces for PS5, hence the development of Returnal and Ratchet that are exclusive to PS5.

While the news revealed today seems disheartening, the main gaming community is appreciative of the transparency given. PlayStation Studios focusing on developer health and the quality of their games is admirable. Even if fans must wait a little longer, it will be worth it.

Psychonauts 2 to be Released Soon?