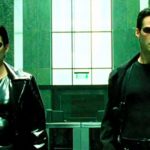 Way back in June, I wrote an article about Matrix 4 getting pushed back to April 1, 2022. The movie is now coming out on December 22, 2021. One thing viewers will be missing out on is the chance to watch Keanu Reeves play in John Wick 4 and fourth Matrix film in the same year. We already lost the chance to see these two movies on the same day. Matrix 4 is the only movie that is getting its original release date pushed up.

Dune‘s premiere has been changed from December 18, 2020 to October 1, 2021. For many fans, this is extremely disappointing as we won’t be able to see the Denis Villeneuve film this year. For now, we can just watch the film’s first trailer over and over. Unfortunately, Dune‘s release date change pushes back another big movie. The Batman was set to be released on October 1, 2021. This film is now moving to March 4, 2022.

Some of the other DC movies that fans were hoping to see have some new dates as well. Here is just a small recap of the recent changes.

Wonder Woman 1984 holds its slated Christmas 2020 premiere, but there is plenty of time for that release date to potentially change.

Bookmark Lordsofgaming.net to get all of your gaming, film and television news.