We are back once again for another Pokémon Battle Team. I was looking all over from some type of crazy team to have fun with this month. Couldn’t find anything I was interested in until I thought of Shedinja. We came across a 15th-place team from PJCS2022 Qualifier brought to you by a player from Japan. So we are going to dive into what I’m calling Rainy Shedinja. 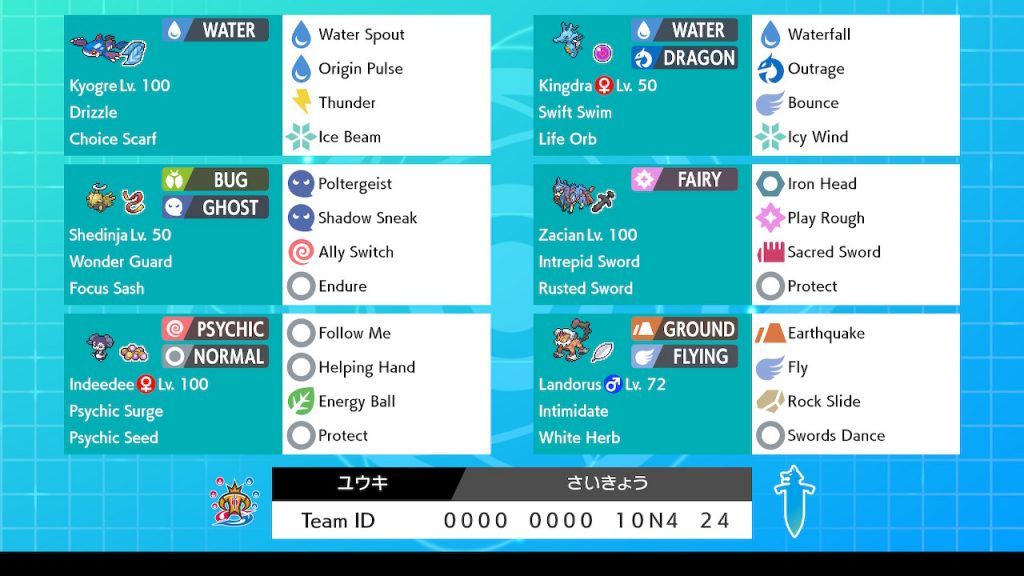 When you go into battle with the Rainy Shedinja Pokémon team, there are a few things to remember. Shedinja only has one single hit point and can die from a few random things. When it comes to using Shedinja, you will want to avoid pairing it with teams that use hail and sandstorm types of effects. Always remember what weaknesses are because that’s the way we are going to lose this awesome Pokémon. Kyogre is a good lead Pokémon thanks to his drizzle effect which we can utilize to change terrain effects and take advantage of.

Once again, the female Indeedee is being used as she is the best gender for the doubles battles. Kingdra is also underutilized right now, which can catch some people off guard potentially, especially with the wide variety of moves. Shedinja and Kingdra will prove to be a formidable Pokémon force, especially with their items and the strategies you can put together with the rest of the Pokémon Team. 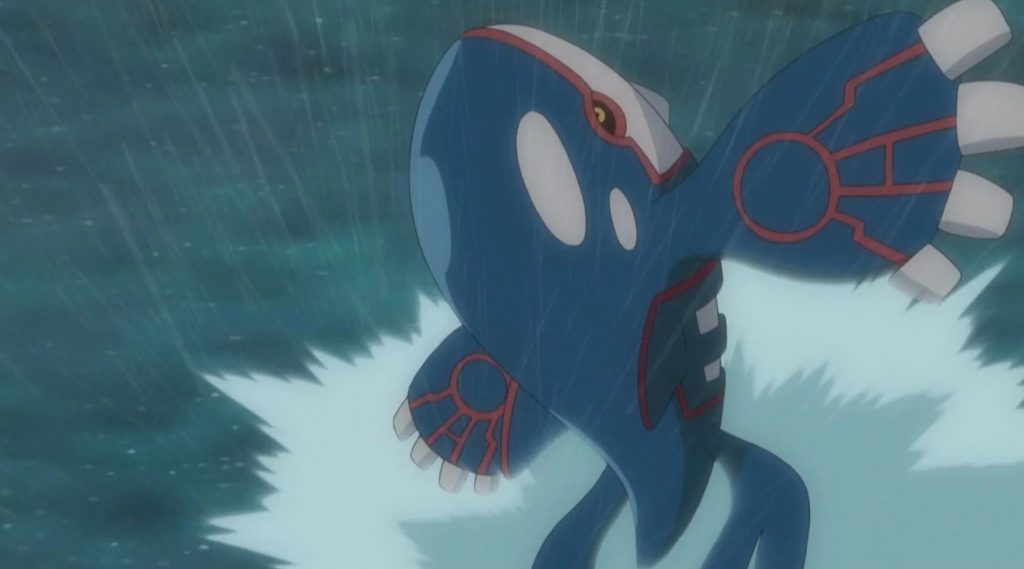 First, starting us off is the Legendary Water-type Pokémon Kyogre. Kyogre is one of the leading Pokémon that can use to set up the rainy terrain. Our Kyogre is genderless like Legendary Pokémon usually are with the drizzle ability. As you can guess, drizzle causes it to start raining when Kyogre enters the battlefield. The item Kyogre has is the Choice Scarf which boosts speed by 50%, but only allows the use of one move. Effects of the Choice Scarf are also disabled when in Dynamax form. Important stats here are Special Attack, Special Defense, and Speed.

Kyogre should have the following moves: Water Spout, Origin Pulse, Thunder, and Ice Beam. Water Spout starts out as a powerful move, but as your health decreases so does the power of the move. Drizzle can power it up a bit too. Origin Pulse is a decently powerful move, but the accuracy isn’t perfect. The next move Thunder is a good electric move Kyogre can use which normally has bad accuracy. While it’s raining Thunder’s accuracy is perfect. The last move, Ice Beam, is a good ice attack that has a chance to freeze Pokémon. Kyogre is weak to Electric and Grass-type Pokémon. 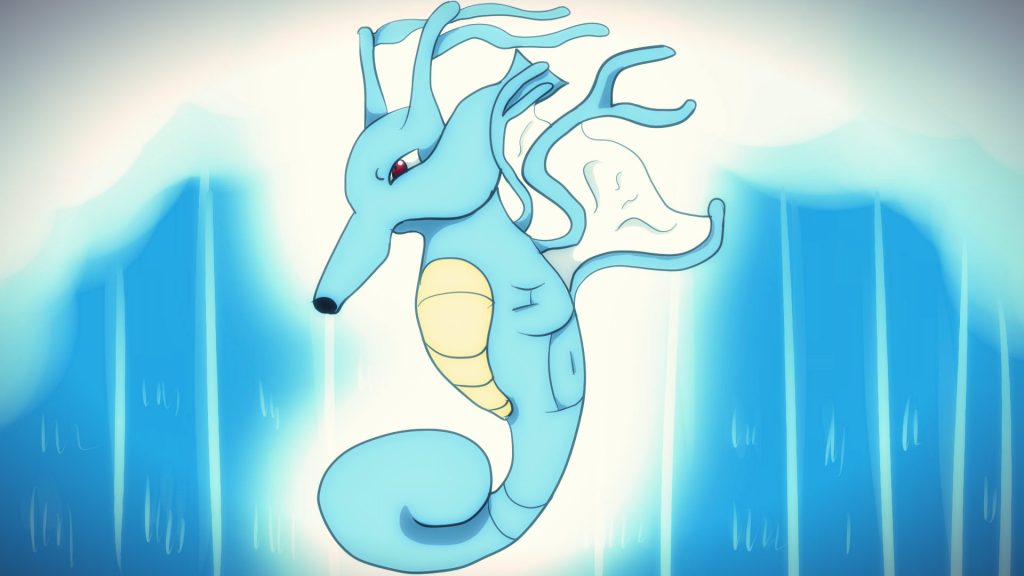 The second Pokémon we have is the Water/Dragon-type Kingdra. Our Kingdra we are using is a female that has the Swift Swim ability. This will boost Kingdra’s speed while it’s raining. Drizzle from Kyogre also helping out here. She is holding the Life Orb which as we know boosts the power of moves at the cost of Hit Points for each hit. Kingdra is definitely someone we wanna use as a heavy hitter. The best stats for her are Speed and Attack.

The Pokémon moves Kingdra knows are Waterfall, Outrage, Bounce, and Icy Wind. Waterfall is a good water move that has a chance to make the target flinch. Outrage is a strong Dragon move that goes on for two or three turns, then leaves Kingdra confused. Bounce is a flying move that will allow us to potentially dodge an attack for one turn and then on the second turn hit the target. This could leave them with paralysis. Our last move is Icy Wind which is a lower power attack but lowers the target’s Speed stats. Kingdra is weak to Fairy and Dragon-type moves. 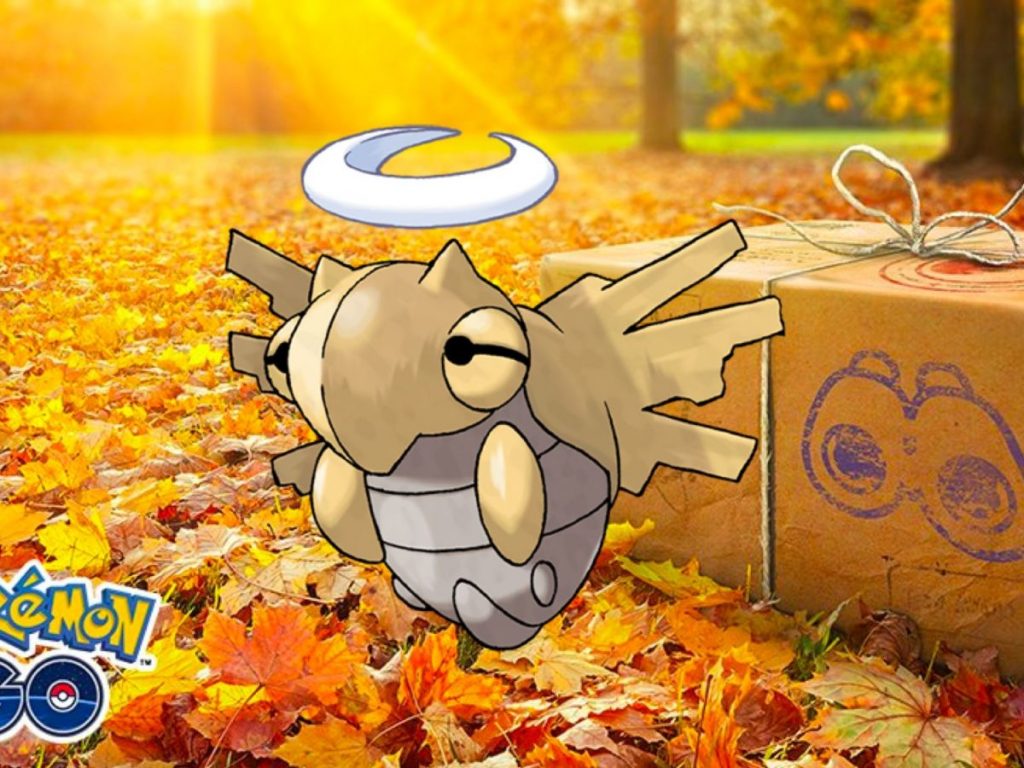 Now we have the man of the hour our Bug/Ghost-type Shedinja. Shedinja can be your bread and butter when it comes to the team if utilized correctly and will catch some people off guard. Shedinja is genderless and has the Wonderguard ability which only lets super effective moves hit the Pokémon. Moves like Hail and Sandstorm can also hit it as well, so we have to watch out for those because Shedinja only has one Hit Point. The item we are using with Shedinja is Focus Sash which will allow it to endure a potential KO hit with one Hit Point if at full HP. The Sash disappears for the battle duration and our best stat is Attack.

The Pokémon moves Shedinja uses are Poltergeist, Shadow Sneak, Ally Switch, and Endure. Poltergeist is a powerful Ghost attack that fails if the target doesn’t have a held item. Shadow Sneak is a low-power move, but it always goes first. Ally Switch is a utility move that lets us switch out with an ally, that can be very useful. The final move for Shedinja is Endure which endures any attack with at least one Hit-Point but has a higher chance of failure if used in succession. Shedinja is weak to Fire, Flying, Rock, Ghost, and Dark Pokémon, but once you get the strategy down, you will do great. 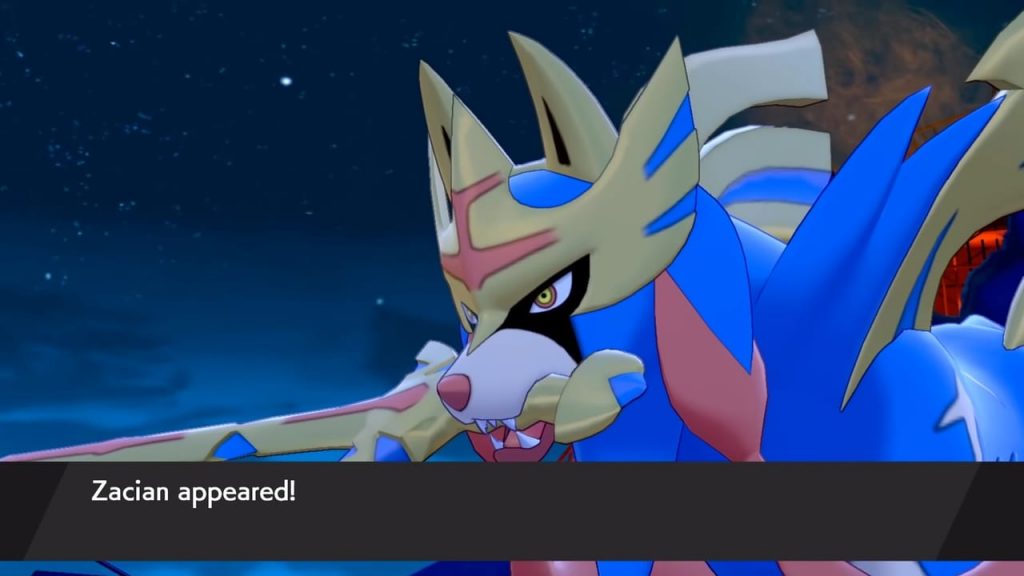 Our fourth Pokémon on our team is the Legendary Fairy-type Pokémon Zacian. Zacian is currently one of the most used Pokémon slotting onto almost every Pokémon team. Zacian is genderless, like almost all Legendary Pokémon are, and has the Intrepid Sword ability. The ability boosts his attack stat when Zacian enters the battle. The item Zacian is holding is a Rusted Sword that changes Iron Head into Behemoth Blade in battle. Speed, Attack, and Hit Points are the important stats here and Zacian is one of our big attackers.

The Pokémon moves Zacian has are Iron Head, Play Rough, Sacred Sword, and Protect. Iron head is a good steel move that may cause the target to flinch. Behemoth Blade, which Iron Head turns into, is a good move that deals double damage if the target is Dynamaxed or Gigantimaxed. Play Rough is a good attack that may lower the target’s attack. Sacred Sword is a good fighting attack that doesn’t get affected by stat changes. Then we have Protect which we know gives us a turn of invulnerability against most Pokémon moves. If used in succession it will have a higher chance of failure. Zacian is weak to Poison and Steel-type Pokémon. 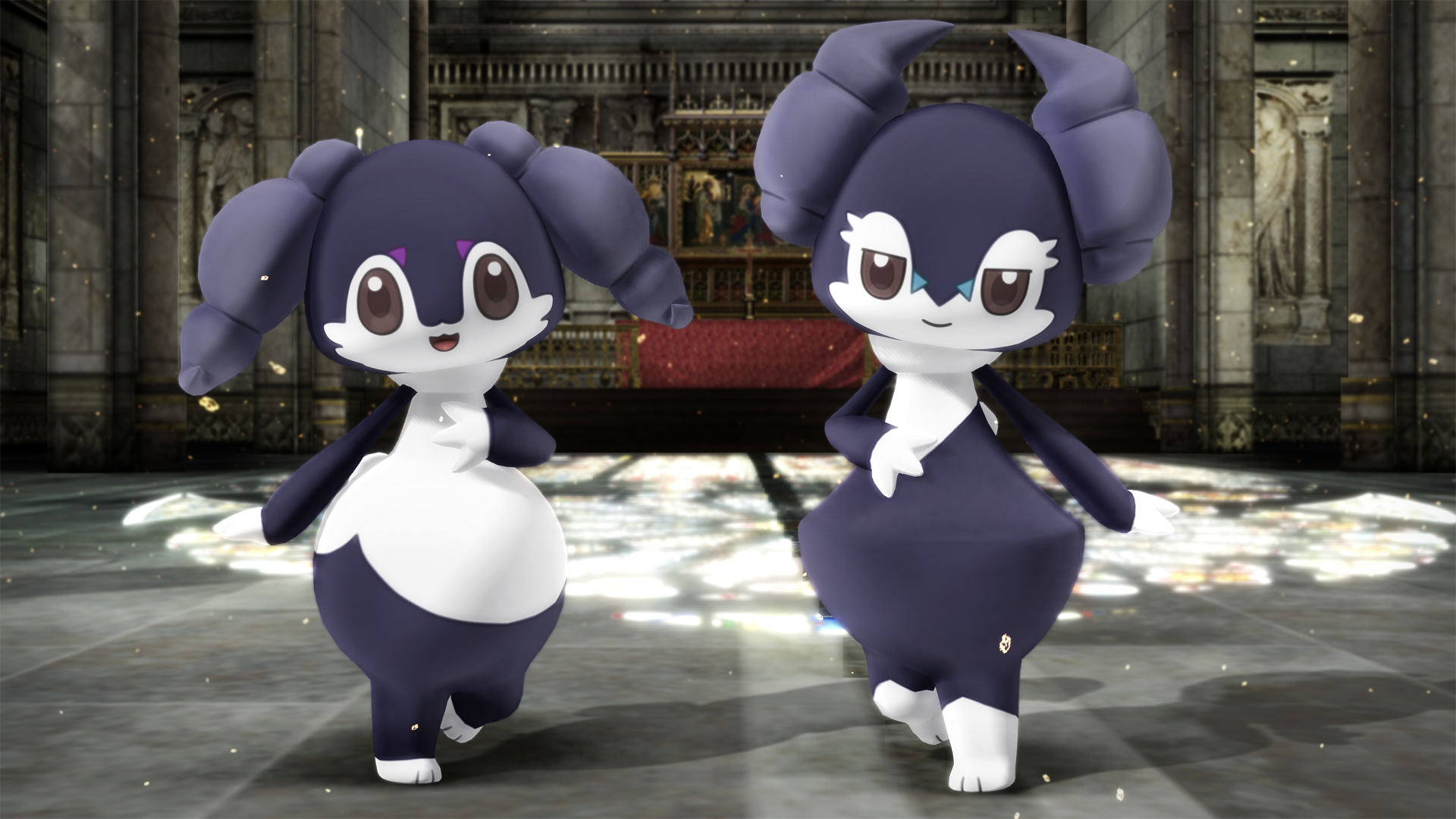 Indeedee is our second to last Pokémon on the team and is a Psychic/Normal-type Pokémon. We chose a female Indeedee because they are best in double battles. She has the Psychic Surge ability. This ability triggers when she enters the battlefield and turns the ground into Psychic Terrain which has some benefits. It’s best to equip her with a Psychic Seed which boosts her Special Defense by one stage on Psychic Terrain. It can only be used once though. Her highest stats are Special Defense, Hit Points, and Defense. She is a great support style Pokémon.

The Pokémon moves Indeedee knows are Follow Me, Helping Hand, Energy Ball, and Protect. Follow Me causes the user to gain all the attention and make all targets attack her. Helping Hand is a move that boosts an ally’s attack. Energy Ball is a good Grass move that may lower the target’s Special Defense. Then Protect can make Pokémon invulnerable from most things for a turn and is best not to be used multiple times back to back. Indeedee is weak to Bug and Dark-type Pokémon moves. 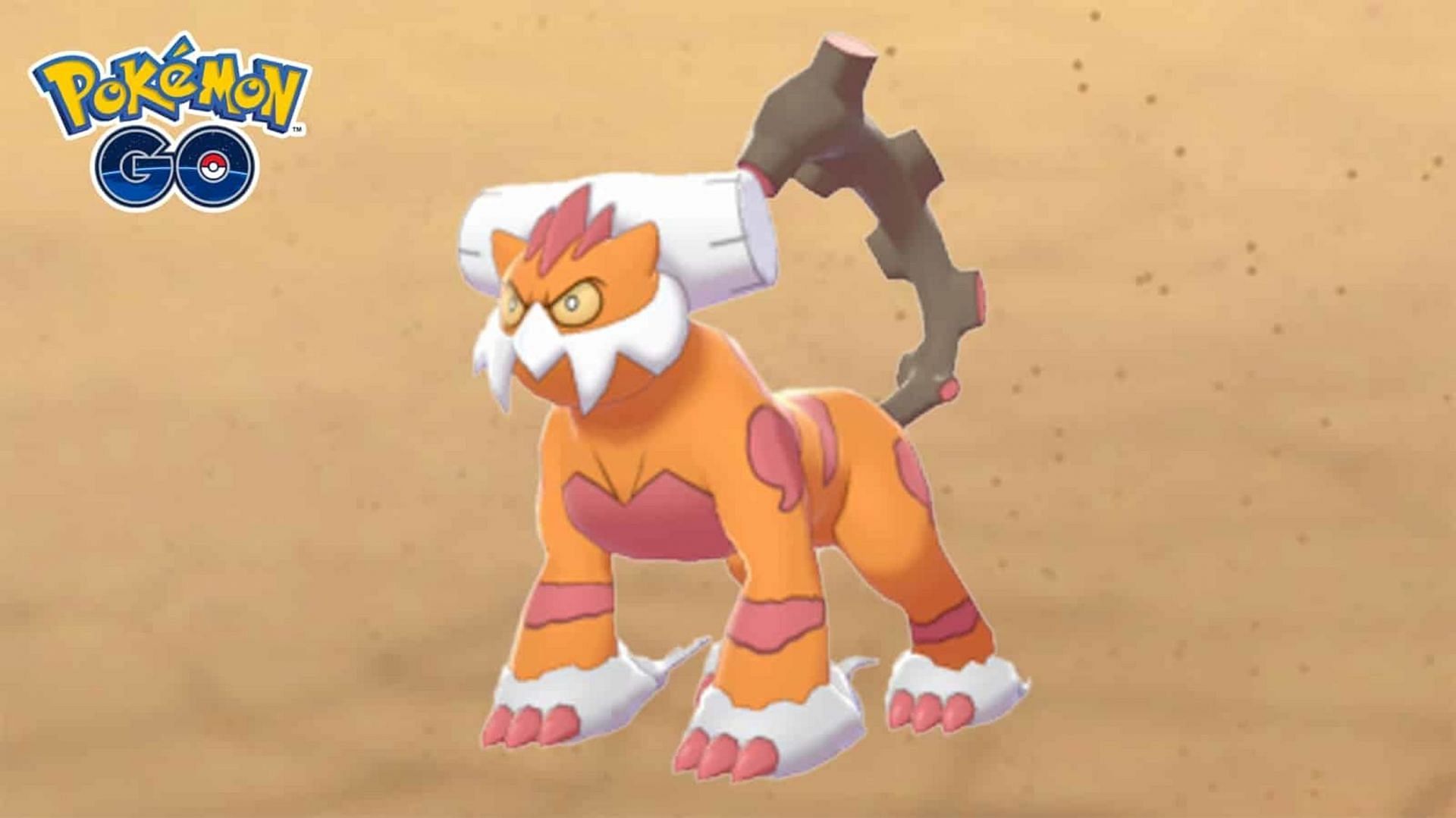 The last Pokémon we have on this team is the Ground/Flying-type Landorus. Landorus is a male who has the popular ability of Intimidate which lowers the opponent’s Pokémon Attack stats when they enter the battlefield. He is holding the Pokémon item White Herb which restores any lowered stat in battle. Can only be used once though. Attack and Speed are important for him, and he is a good beater. Landorus also has a wide variety of moves just like Kingdra.

The moves Landorus knows are Earthquake, Fly, Rock Slide, and Swords Dance. Earthquake is a powerful move that strikes every Pokémon around it unless they can’t be hit by it. Fly is a move that lets us fly up in the air and dodge most moves for a turn then deliver the attack on the following turn. Rock Slide is a Rock move that may cause the Pokémon it hits to flinch. The last move here is Swords Dance which sharply raises the user’s attack stat. When it comes to Landorus he is weak to Water and super weak to Ice-type Pokémon moves.

I didn’t get as much practice with the Rainy Shedinja team as I have with others, but have enjoyed what I have played. We shared Pokesport’s youtube video of him trying out Yuki’s 15th place team. I always try to find unique and fun teams and this team hit those marks. Kingdra isn’t used very much and Shedinja adds a whole new aspect to the team. It opens up a plethora of many fun strategies, and makes you have to think to keep it safe.

If there are any other Pokémon Double Battles teams you would like to see me go over or discuss feel free to send me your ideas and team rental codes. I will be scouring looking for a really crazy team for the next one so stay tuned. Be on the lookout for future Pokémon articles, especially with Scarlet and Violet on the horizon.